This 1957 image shows what a typical day of shopping for the modern nuclear family may have been like. Looks like little Jimmy sure likes his new model rocket!

Sears, Serving all of America’s needs for family, home, car and farm. 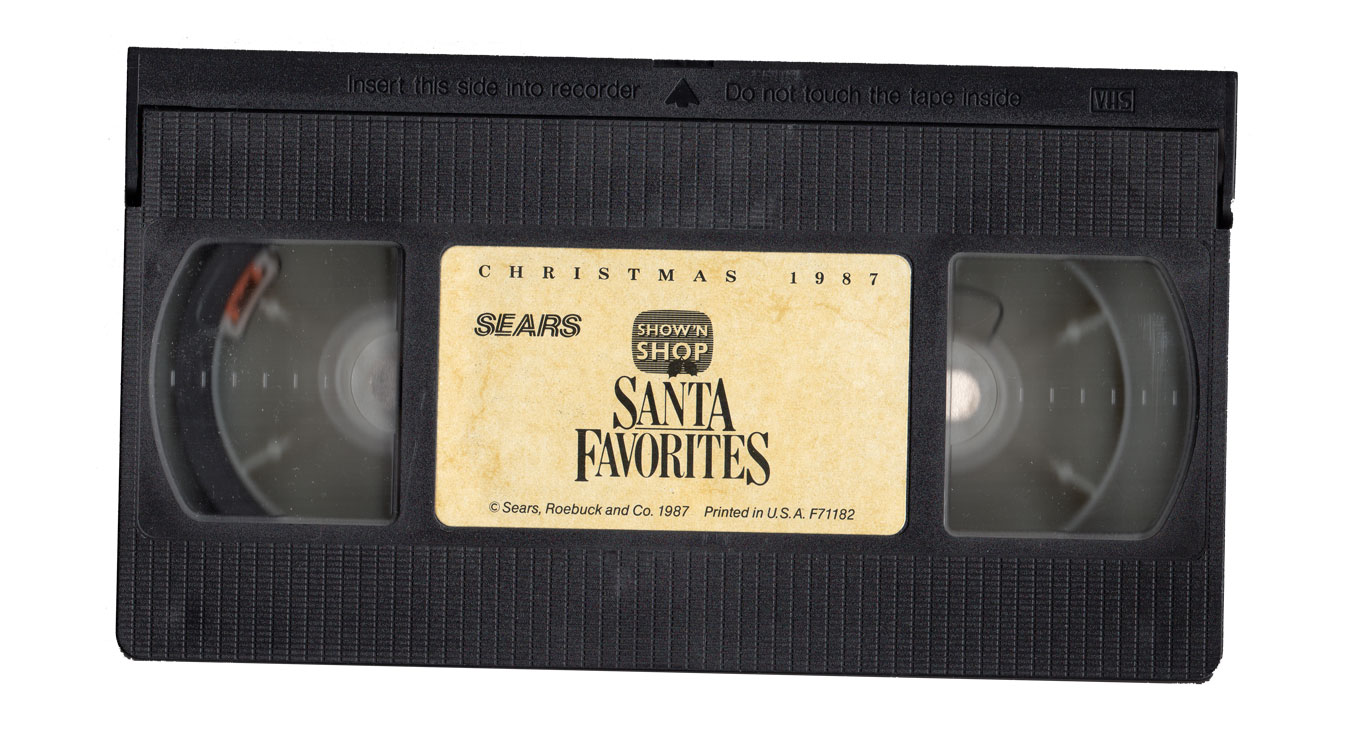 Some fun things to watch out for in the video:

Go ahead and put me down for a Lobo II and a Talking Computron.

I have no idea if Sears continued the idea of the video wishbook in following years or if this was a one year and done thing, though it does seem like a good idea as near the end of the 80’s nearly 90% of american homes had VCR’s, and in the 80’s we all loved our Christmas catalogs.

Missed out on all the great toys? You can still get one of these retro inspired buttons from Untitled Colours.