On October 1st 1970, Belden Village Mall opened its doors to a “New World of Shopping Pleasure”. Mall management billed Belden Village as “The Magnificent Mall”, and a quick glance at these old postcards makes it rather obvious that it certainly lived up to it’s moniker.

Upon entering, one would immediately realize that Belden Village Mall was much more than your average shopping center, the mall was alive with fountains, lush plantscaping, and gorgeous sculptures from several well known artists.

In the malls Main Court tied into the fountain is this rather striking free-form metallic sculpture by Cleveland’s own Clarence Van Duzer who had several of his works on display throughout the mall.

Another renowned Cleveland artist, William McVey Contributed this magnificent piece in the Higbee’s Court. Mr. McVey also had pieces in other mid-century malls most notably being his hippo sculpture in Detroit’s Eastland Mall.

In addition to the artwork placed throughout, the mall also featured cozy seating areas, surrounded by tropical flora and contemporary lighting really did make the mall feel alive, even during the harsh winter months in Ohio.

Back of postcard reads:

Though remodeled in 1987, today the mall is still very much alive and serving Canton well, but I can’t help but wonder what happed to all the amazing art from the mall.

Named after its perfect location between two cities, Lorain and Elyria, Midway Mall opened in 1966 and I would have to believe this postcard to be not much newer than that.

Some notable highlights from this image include Winkelman’s, Penney’s, Harvest House Cafeteria, Fanny Farmer and some great semi-circle bench-style seating. To see what this mall looks like now makes it pretty easy to understand why people don’t really go to malls anymore. 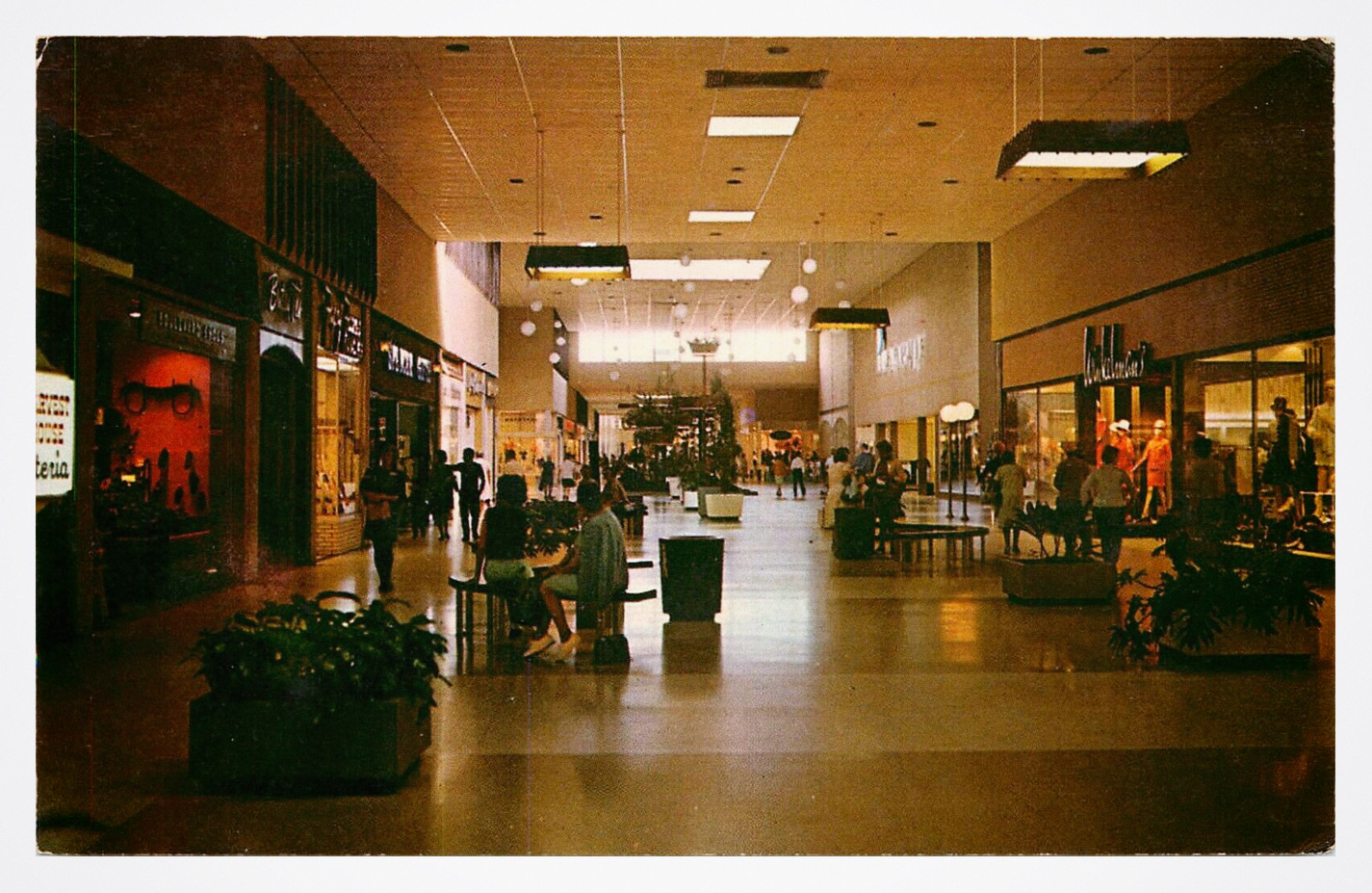 Initially, Midway Mall management prided itself on its squeaky clean image, so much so that there was a 3 bedroom furnished apartment onsite for the head to maintenance to help him make sure that his crew would continue to make the mall the “Showplace of Ohio”.

Back of postcard reads:

Midway Mall, one of Ohio’s finest shopping centers on Route 57 between Elyria and Lorain.

Gone are the terrazzo floors, the sleek benches, and globe style lighting that once adorned this beautiful court. The JCPenney store is now not surprising gone as well, honestly it looked like they had already given up at this point anyway (great window display). No word on if the apartment is still there.