In May of 1972, plans were announced for Oregon’s largest shopping mall, Washington Square, with space for 100 stores. The grand opening of the facility was on February 21, 1974. By the mid-1990s Washington Square had an average sales per square foot that placed it in the top 10% of malls nationwide. In 1998, the mall was sold to a partnership of The Macerich Company and Ontario Teachers’ Pension Plan. At the time of the sale Washington Square was “one of the most productive malls on the West Coast”. In 2005, a 100,000 sq ft addition was built, housing 30 more stores. 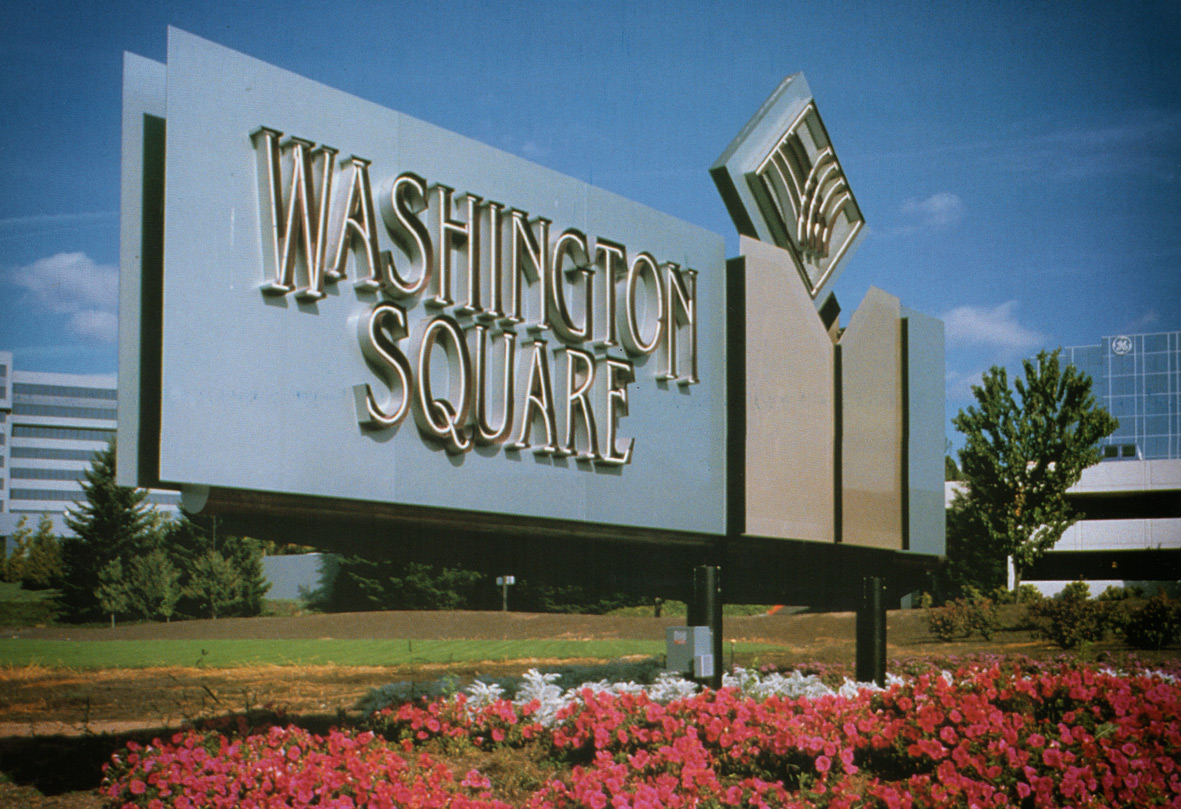 Above: Entryway signage at Washington Square

Below: The before and after of an exterior mall entrance

In the early 1990s, a renovation was timed to coincide with the relocation of the Nordstrom department store. Washington Square sought to update its look and to develop a feeling of the mall as being a community gathering place. 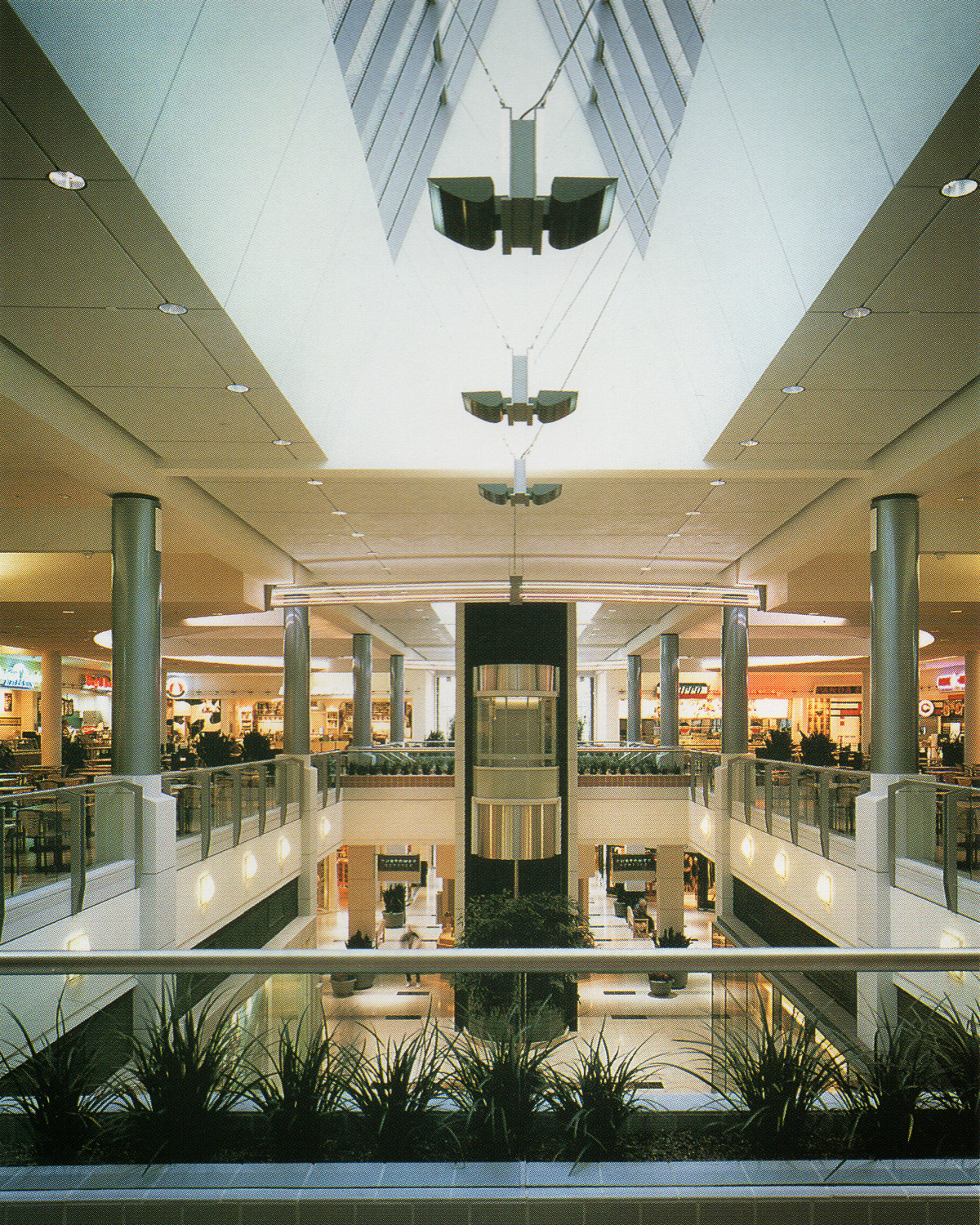 The former Nordstrom space was acquired by the mall and reconfigured as a food court and additional retail space. Abundant lighting, benches and tress added an open, spacious quality to the interior design. 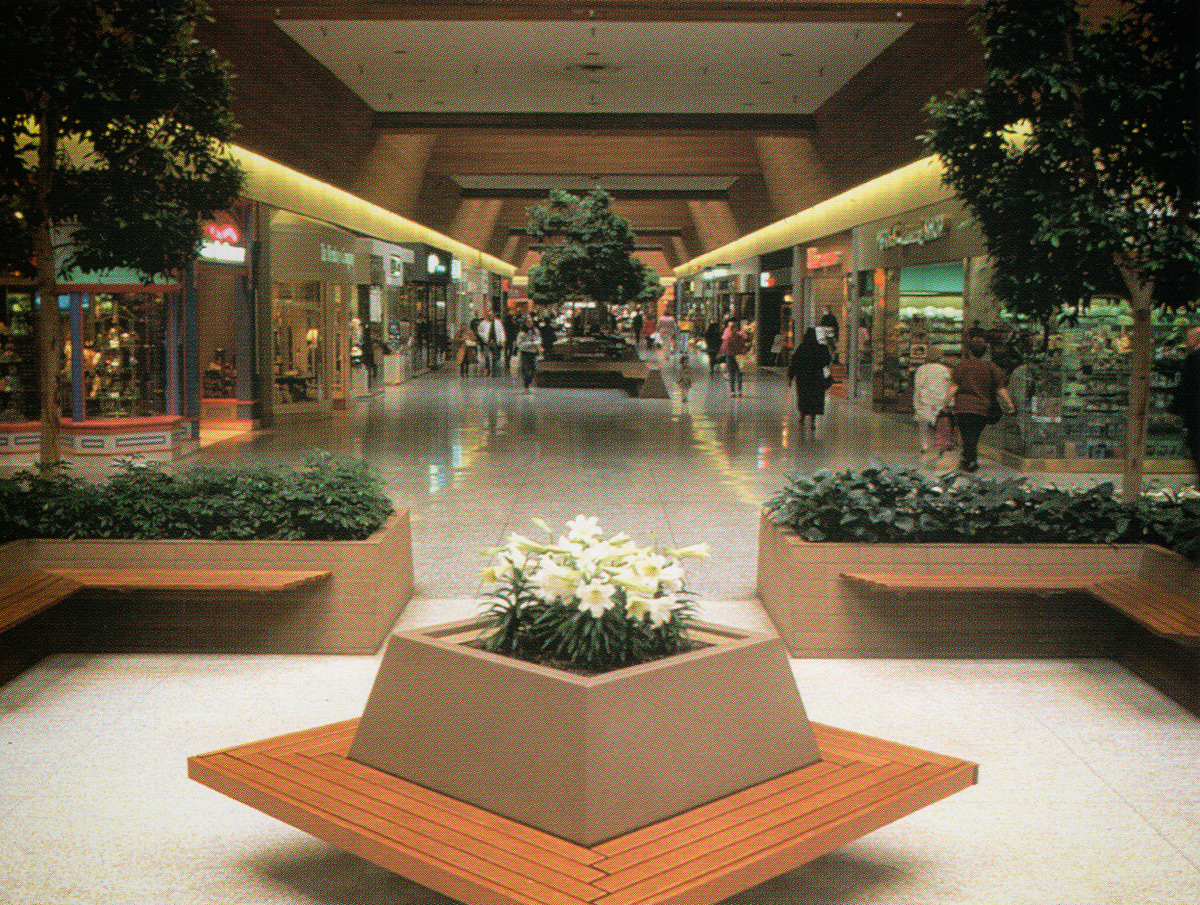 The current configuration has five anchor stores, Macy’s, JCPenney, Sears, Dick’s Sporting Goods and Oregon’s largest Nordstrom. There is over 170 specialty stores and a plentiful selection of dining options.