In the fall of 1988 Cincinnati, Ohio would be the arena for an all out shopping mall rumble. With a total of 6 shopping centers within a mere 80 miles of one another it was not a battle to be the best but rather to see who could stay alive. There was a massive renovation to transform a strip mall to a 100,000 square foot enclosed shopping mall. An $80 million dollar expansion to one of the larger existing malls and a $2 million renovation by one of the smaller ones. Another hired not only Micky Mouse but also Ray Charles, like the real, actual Ray Charles, to head line the grand re-opening upon completion of their $100 million expansion. There was also one mall that was not even opened yet but the promise for something new, like nothing no one had ever seen before, was the most intoxicating of them all. 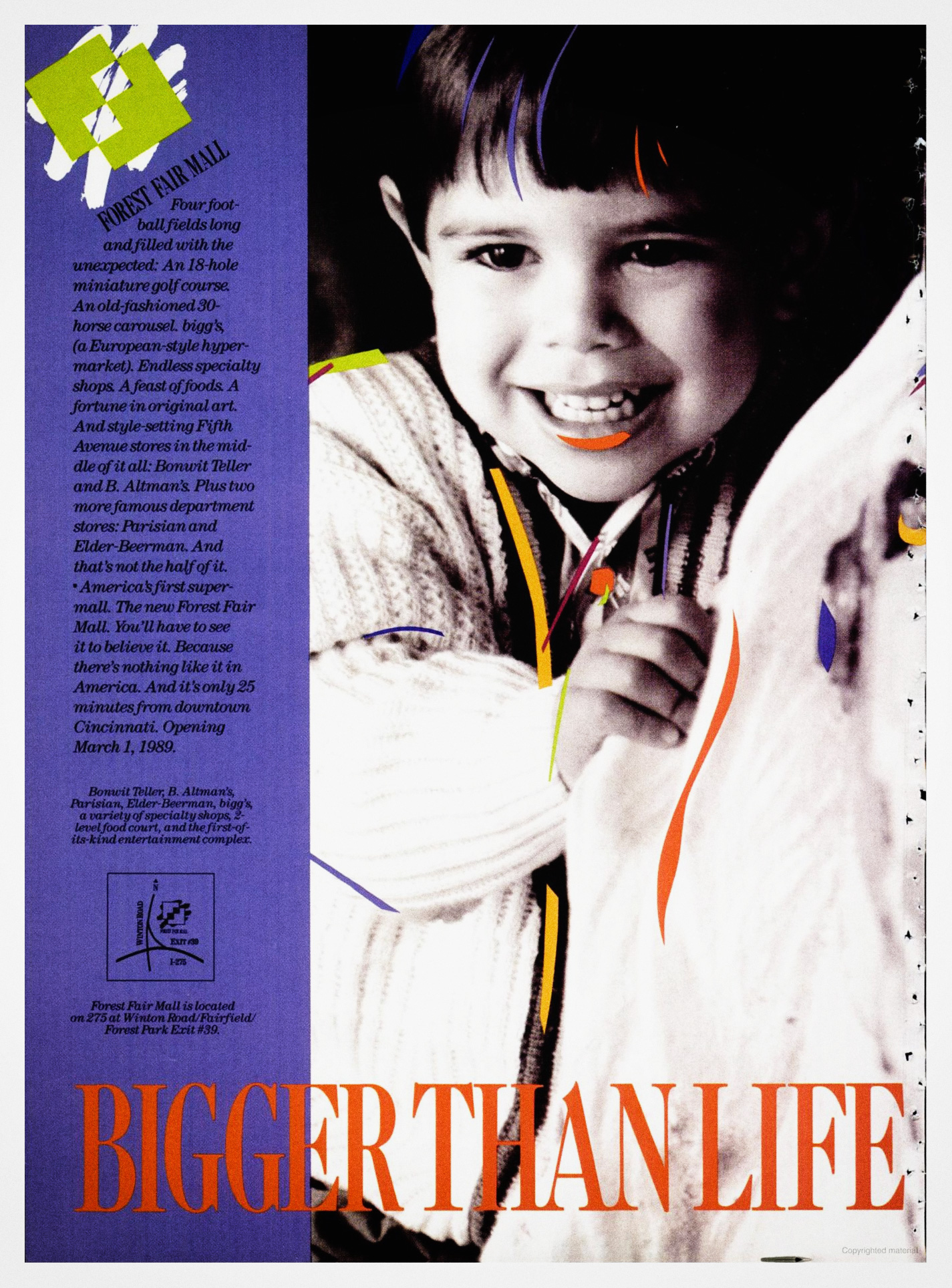 Just shy of 2 million square feet, would not only put Forest Fair Mall in the elite 1% of malls larger than 1 million square feet it would also make it the second largest shopping mall in the state. Intentionally designed to be different than all the other mundane shopping malls, the five anchors were to have their own individual style through the use of architecture. Offerings would include fashion, both high and discount, a considerable assortment of food outlets and an entertainment complex, the first of it’s kind. 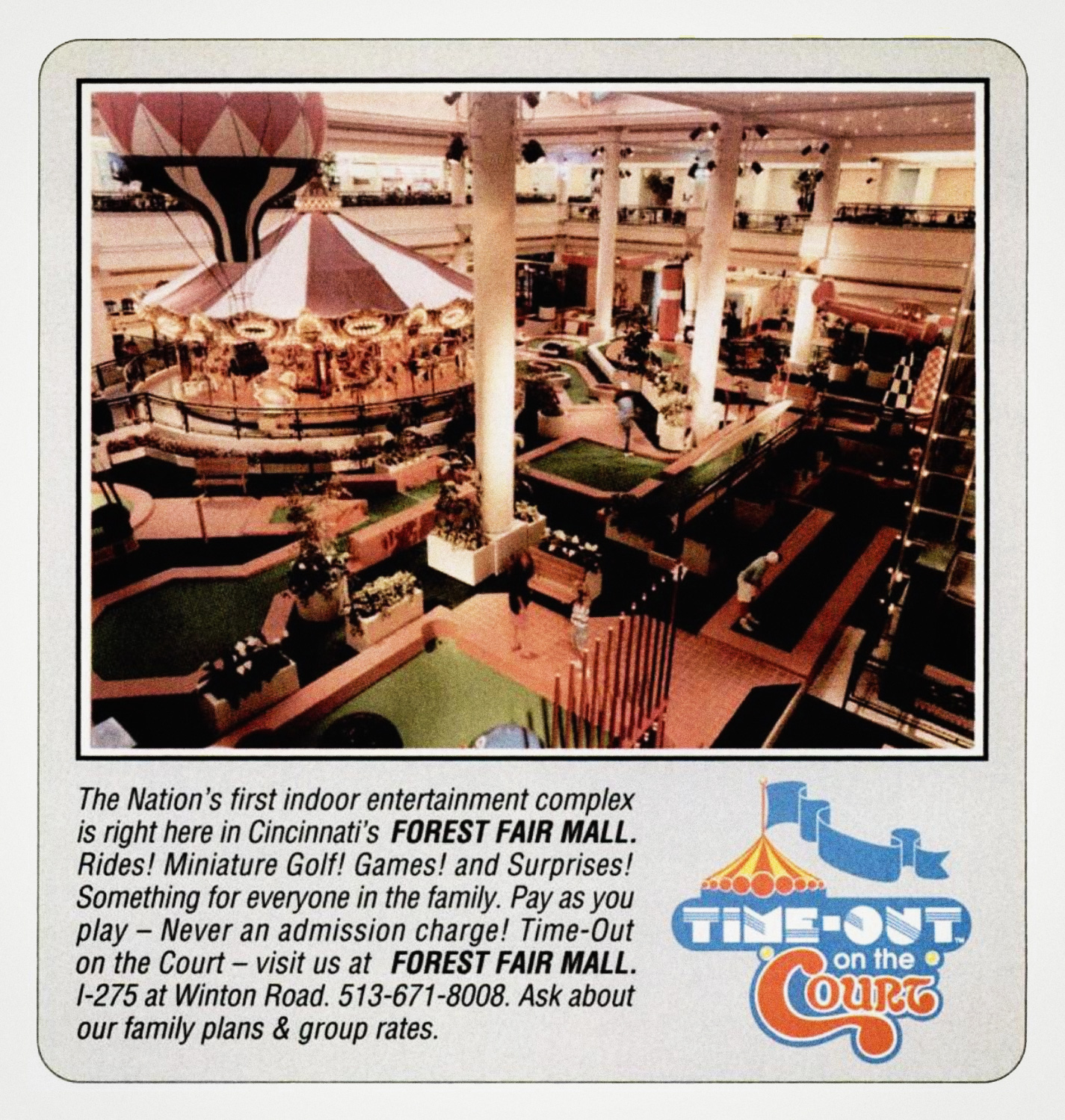 Time-Out was not new name in the industry with more than 70 locations through out the U.S. by this time. In fact most would very fondly remember their local Time-Out arcade. But Time-Out on the Court was not your normal shopping mall arcade. It was an arcade and a midway area, and an 18-hole miniature putt-putt course. If that wasn’t enough there were amusements rides for the kiddies, bumper cars for the adults and a carousel for all ages to enjoy. 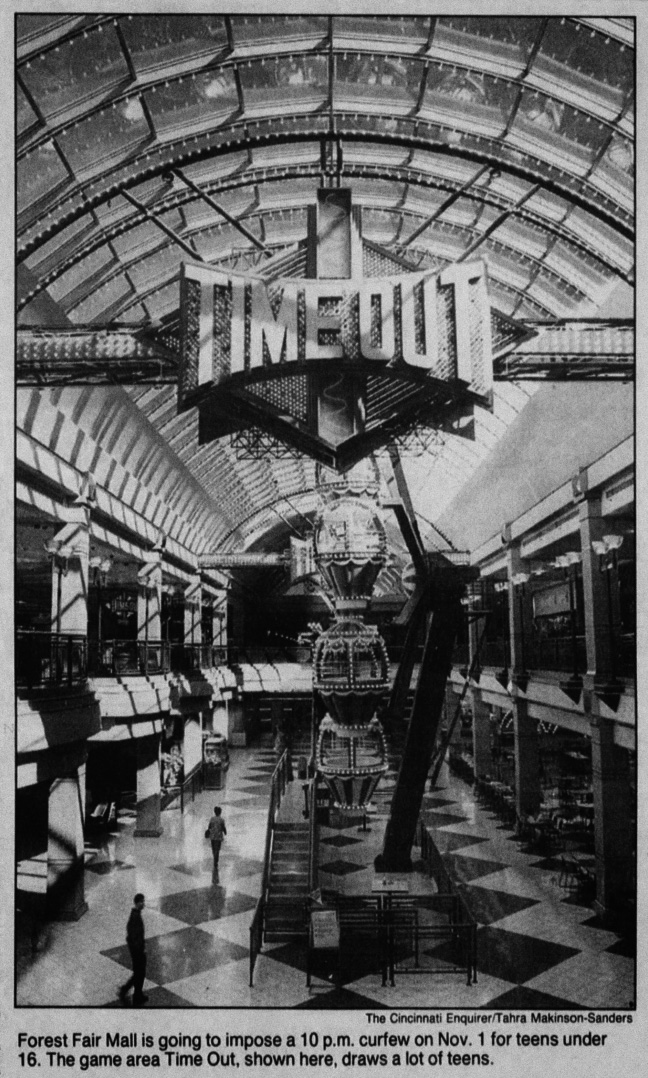 “Timeout On The Court was the s*** when I was a kid. If I died and had to choose between heaven and Timeout, I’d choose Timeout lol.” [austiNati] “Forest Fair Mall/Cincinnati Mills questions (Dayton, Burlington: tenant, theatre, live)” city-data.com, 3 Mar. 2021. 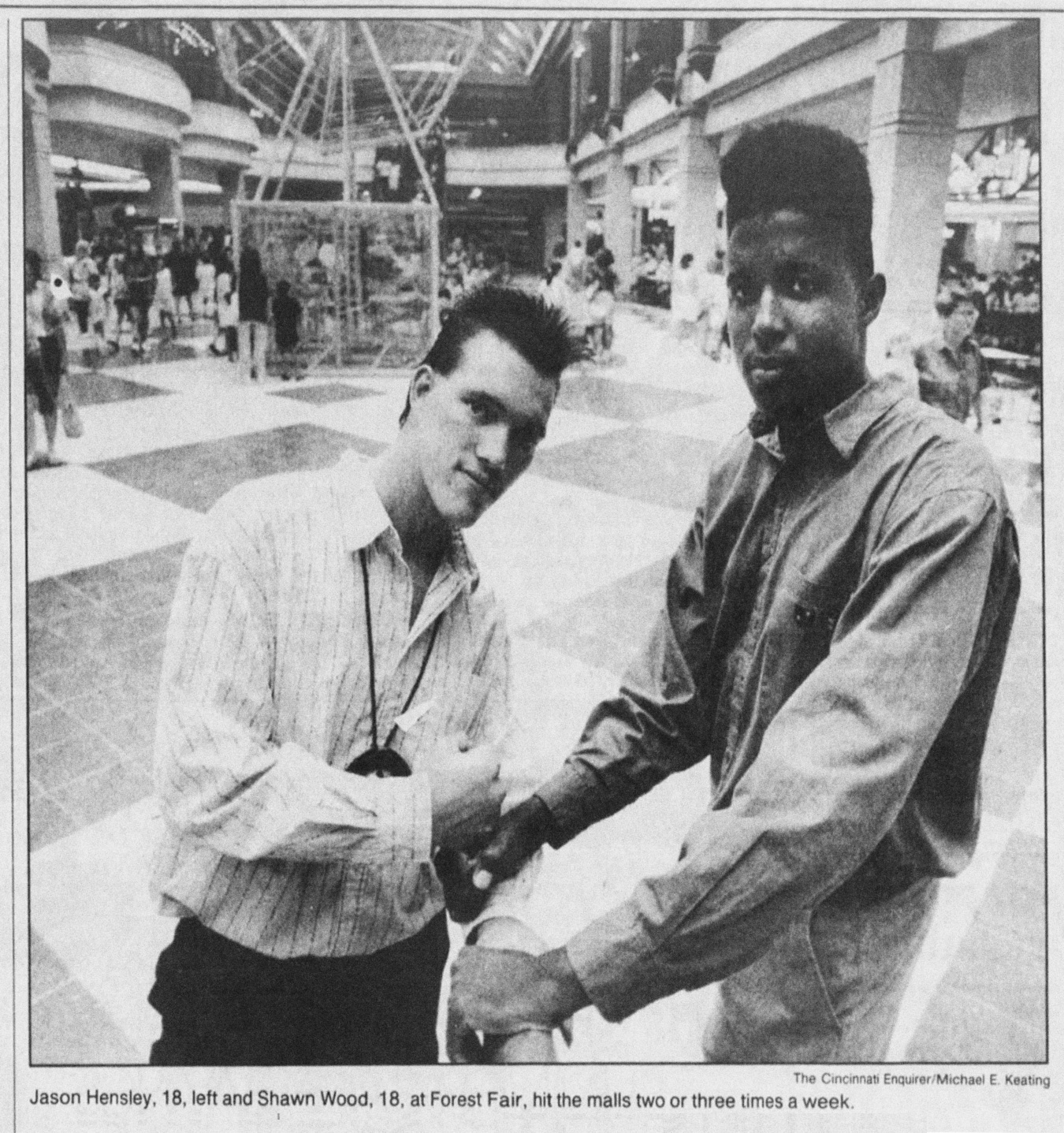 Forest Fair still remains open to this day (Now Cincinnati Mall), though with just a small handful of stores. And one of those stores is an arcade. It’s not Time-Out for sure, but it’s still a lot of fun to visit. If you do go to the mall, why not do it in style in a retro style Forest Fair shirt from Untitled Colours. 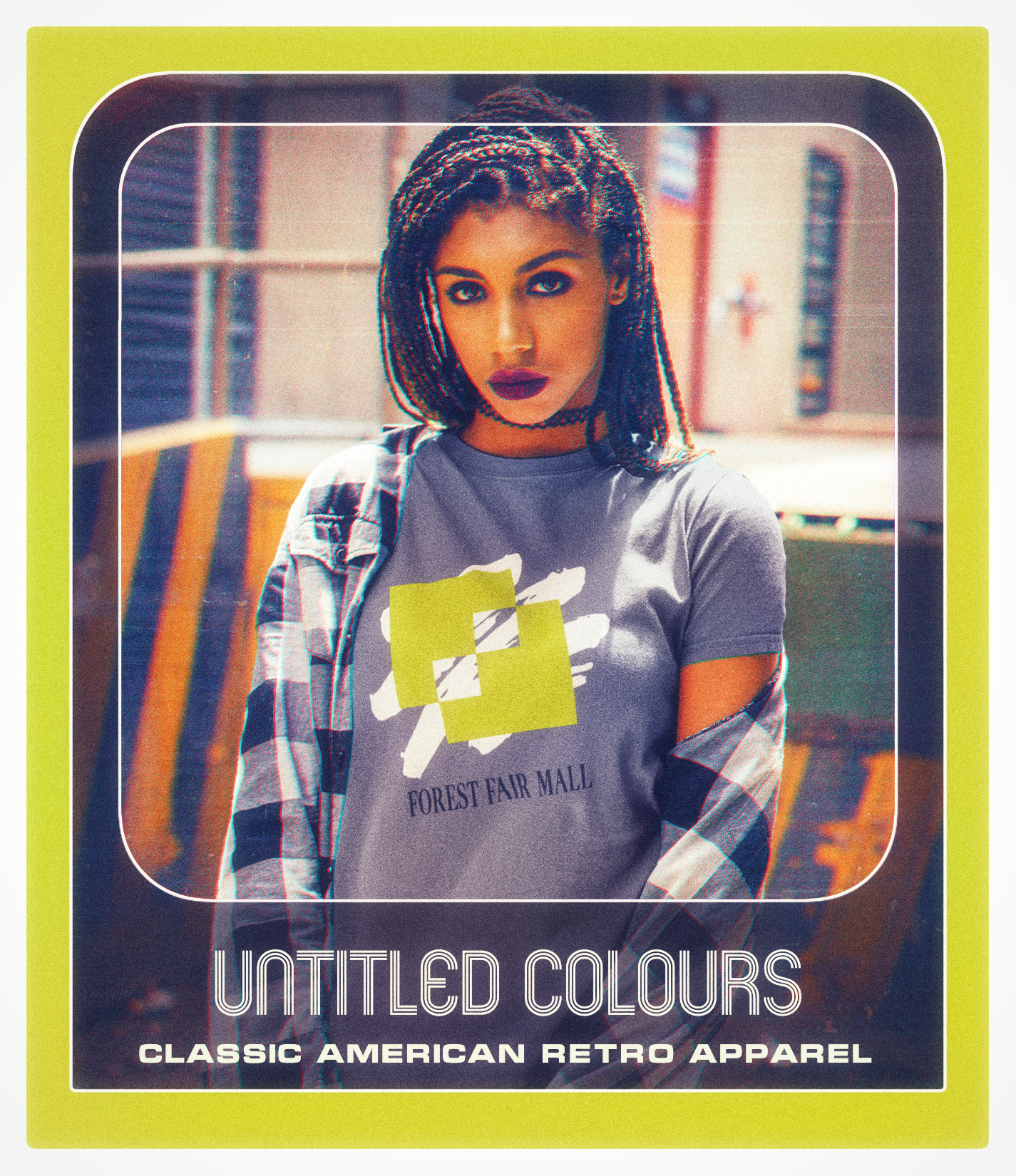